The New Perimeter: One Year after the SolarWinds Breach 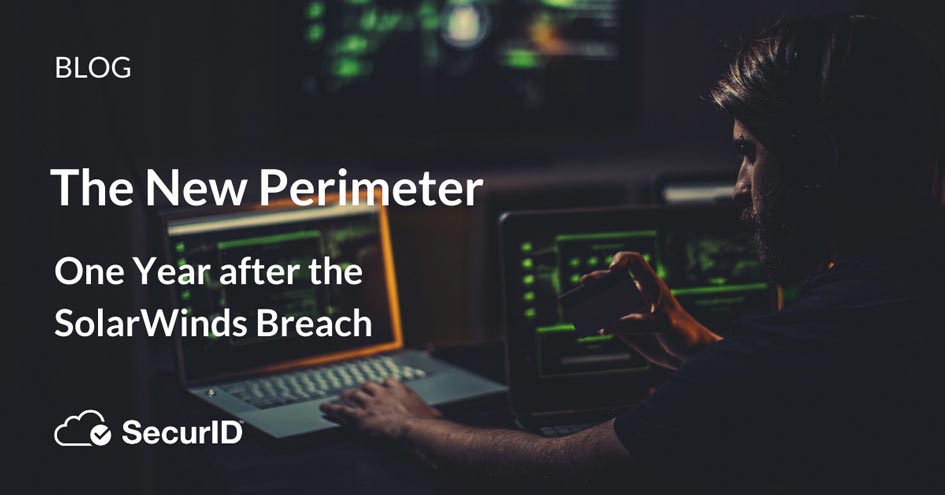 Next week marks the one-year anniversary of the first disclosure of the SolarWinds hack. On December 13, 2020, FireEye first revealed SUNBURST, a “global intrusion campaign” that ultimately affected more than 18,000 organizations, including the U.S. Departments Commerce, Homeland Security and Treasury, as well as Microsoft, Deloitte and many other private companies. Hackers may have had access for up to 14 months.

But a year on, Gartner Vice President for security risk and privacy Peter Firstbrook says that most companies haven’t grasped one of the main takeaways from the attack: “identity infrastructure itself is a prime target for hackers,” per VentureBeat’s Kyle Alspach.

Firstbrook reviewed those lessons at Gartner’s Security & Risk Management Summit last month, noting that “the identity security implications of the attack should be top of mind for businesses.”

After nearly a year since the SUNBURST news first broke, now is a good time to revisit some of the major lessons we’ve learned since the SolarWinds breach—and why leaders should prioritize identity to prevent something similar from occurring again.

In recapping the SolarWinds campaign, Firstbrook said that the attackers were “primarily focused on attacking the identity infrastructure.”

Addressing business leaders, Firstbrook said: “You’ve spent a lot of money on identity, but it’s mostly how to let the good guys in. You’ve really got to spend some money on understanding when that identity infrastructure is compromised, and maintaining that infrastructure.”

The attackers prioritized identity because it gave them everything they needed: access, the ability to evade authentication and the ability to move beyond their initial breach. “Identities are the connective tissue that attackers are using to move laterally and to jump from one domain to the another,” Firstbrook said.

Identity is the New Perimeter

Supply chain attacks like the SolarWinds breach “manipulate products or product delivery mechanisms” to infect targets downstream. As a more indirect form of attack, they use unwitting accomplices—ultimately making them harder to detect.

When asked how to prevent these attacks from occurring, Firstbrook replied that “the reality is, you can’t.”

Alspach details Firstbrook’s cynicism, noting that “digital identity management is notoriously difficult for enterprises, with many suffering from identity sprawl—including human, machine, and application identities (such as in robotic process automation).”

The problem extends to a business’ vendors: today, even medium-sized businesses deploy hundreds of SaaS apps.

Firstbrook is spot on. Today, businesses must accommodate countless vendors, employees working from home, external users and other third parties accessing their ecosystem. With users and use cases expanding exponentially, identity is the one thing that organizations should be able to control in all instances. Whether it’s ransomware, supply chain attacks or the next fad in cybercrime, identity has become the new perimeter.

A year later, businesses are still trying to understand “one of the biggest cybersecurity breaches of the 21st century.” That’s in large part because many of the trends that initially contributed to the SolarWinds breach—including identity sprawl, a growing reliance on cloud resources, permanent remote and hybrid configurations and increasing interdependence between users, resources and devices—have only accelerated since December 13, 2020.

Where do we go from here? The only way forward is to recognize (or admit) how complex our operating environments have become and prioritize defending the attributes that recur across each of them. We have to make identity our new perimeter—and put identity first.

2023 Trends in Identity: Platform Convergence Leads the Way
Use Identity Governance to Build Zero Trust for Multicloud—Before it’s Too Late
RSA Stands Out in KuppingerCole Report on IGA, the Cornerstone of Zero Trust
Key Cybersecurity Questions You Need to Ask (aka Why Identity Governance Matters)
Learn How to Meet the Presidential Mandates at the Billington CyberSecurity Summit